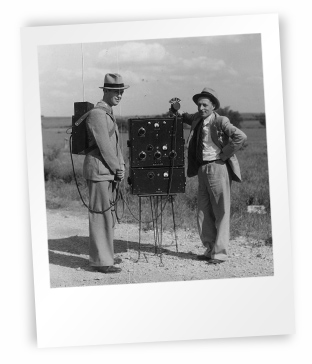 ProAudio.com was founded in 1971 as Crouse-Kimzey Company, a broadcast engineering and consulting firm based in Fort Worth, Texas. Our roots go back much further, though - all the way to 1927, when Truett Kimzey, our co-founder's dad, got his first ham radio license. Truett was a pioneering broadcast engineer in the early days of radio. He engineered the original Texas State Network, the very first of more than 30 state networks now operating in the U.S., and he built and maintained radio stations all over Texas and beyond. But Truett's interests didn't stop at radio; he was also fascinated by photography and television. He was the first person to successfully demonstrate a black & white TV transmission in North Texas, using his ham radio license for the video and KFJZ-AM's radio signal for the audio. Truett is perhaps best known to the public as the announcer for the Light Crust Doughboys, a popular 1930s western swing band that helped launch the political career of future Texas Governor and U.S. Senator W. Lee "Pappy" O'Daniel. 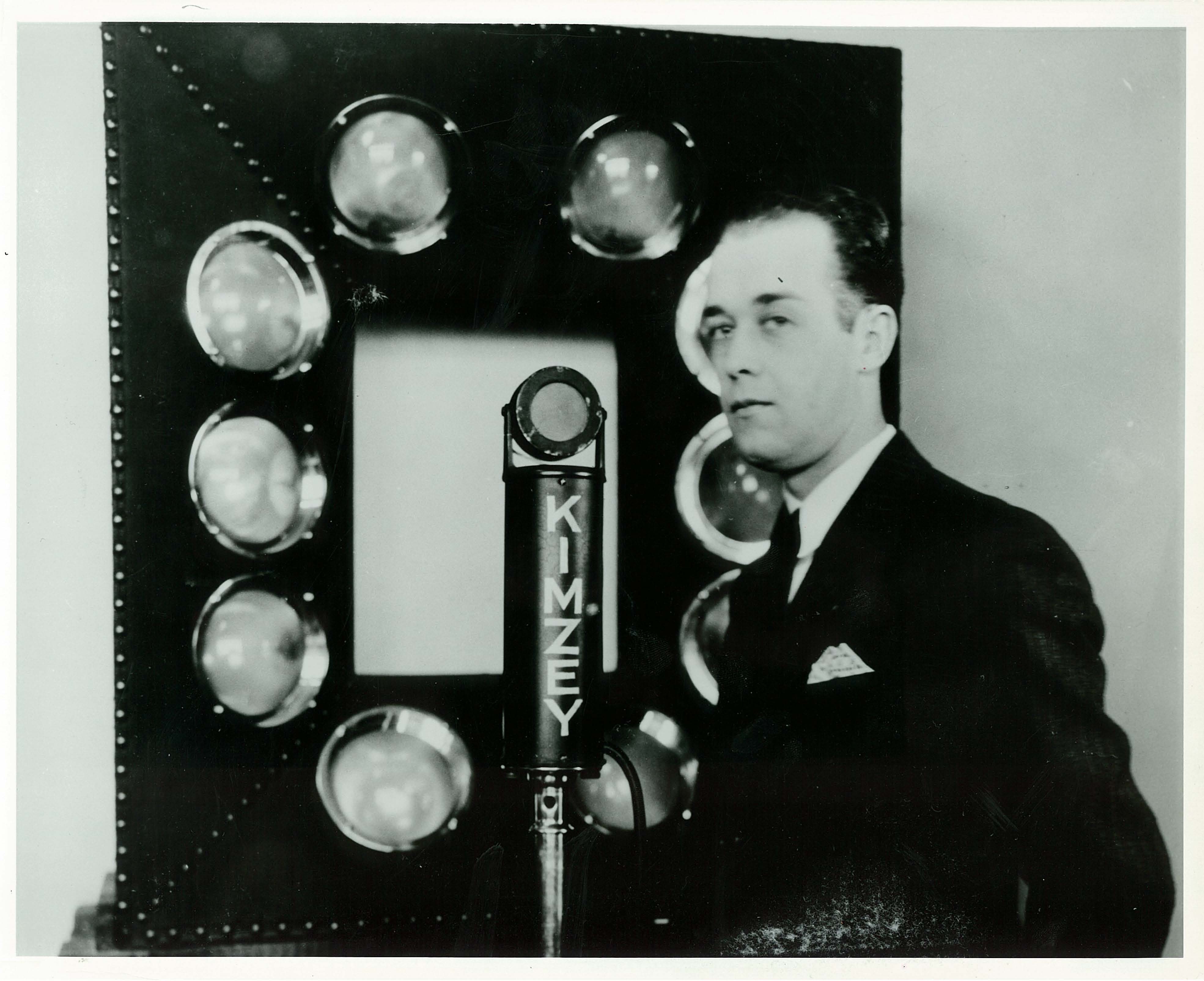 When TV first became available to the American household, Truett considered applying for a TV broadcast license, but he ultimately decided to venture into retail television sales instead. He founded Kimzey's Radio & Television, a TV and appliance store, on a busy street in Fort Worth. John Paul Kimzey, Truett's son, began working there when he was 13; he fondly recalls the early days of TV when customers would huddle outside his family's store window to watch WBAP-TV's evening television broadcasts. John Paul was promoted into retail sales in 1959, eventually assuming full ownership of the business from his dad.

John Paul went on to blaze his own trail in the communications industry in the '60s and '70s. Advancements in technology, combined with more lenient FCC regulations, led to new and exciting opportunities in two-way radio communication, pagers, and early cellular telephone projects. He also built the cable TV system for the city of Greenville, Texas, and owned 2 radio stations there until 1992. Through these ventures, he was able to extend the Kimzey family's legacy in broadcasting, while gaining fundamental experience in business ownership and management. 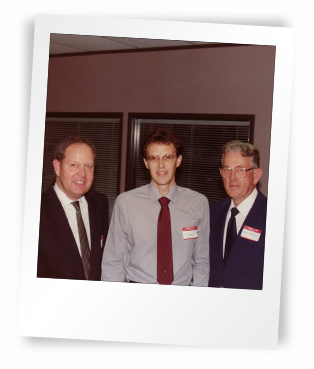 With these accomplishments behind him, John Paul turned his attention back to equipment sales and consulting. In 1971, he teamed up with his uncle, John R. "Buddy" Crouse, who was a first-class licensed chief engineer for the Wendell Mayes station group. Their goal was to start a company with one simple idea: to provide engineering services on a contract basis. At first, this mainly consisted of performing radio stations' annual FCC tests and fulfilling the resulting equipment needs. John Paul handled inside sales while Buddy engineered field and studio solutions, even designing custom consoles for the studios he built, some of which are still on air today. Word spread, and Crouse-Kimzey Company went on to establish a reputation as a premier source for everything "from the microphone to the transmitter".

By 1976, John Paul and Buddy had recognized the need for a full-time sales associate to grow the business. They asked their friend and customer, Bill Bradford of KSST in Sulphur Springs, if his son Mark would be interested in the job. Mark had grown up in the broadcast industry working at his dad's radio station. He happened to be in Phoenix at the time he was hired, so John Paul mailed him a box of catalogs and brochures, instructing him to call on as many radio stations as possible on his drive back. Mark did just that, and he has worked here ever since (he is now our President).

While almost all of Crouse-Kimzey's early clients were radio stations, a steadily increasing number of schools, churches, businesses and individuals would look to us for their PA and studio gear needs. Over the years, these requests fueled the diversity and expansion of our product lines to include over 400 professional audio, video, lighting, broadcast and telco manufacturers, nearly all for whom we are direct dealers. 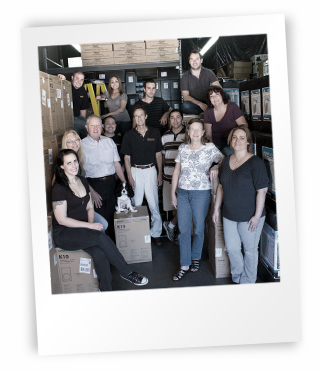 In the mid-90's we secured the web address www.proaudio.com when it became clear that the Internet was here to stay. Our first website was little more than a clearance page and a few pictures from the Kimzey family collection. In 2003 we added a product catalog and began accepting orders online, and ProAudio.com has since become a trusted resource for thousands of customers worldwide. New products continue to be added daily as our line card grows and we expand into new markets.

Although our company name has changed to ProAudio.com, we remain the same friendly bunch of folks we've always been, dedicated to carrying on the Crouse-Kimzey Company commitment to customer service excellence. In 2016, we celebrated our 45th year in business. We truly appreciate your trust, and know that our success would not be possible without your loyal patronage.

Learn more about us, meet the members of our team, or contact us directly for more information using the form provided. You can also reach us by phone, Monday - Friday, 9am - 5pm (CT) at: